5S: The Five S’s of lean is a concept that helps eliminate waste and increase by establishing a clean, uncluttered, safe, and well-lit workplace, you can increase productivity. It’s intended to aid in the creation of a healthy and productive work environment. Any work area that may benefit from visual control and lean production can benefit from the 5S philosophy.

There are seven types of garbage: Overproduction ahead of demand; waiting for the following process, worker, material, or equipment; unnecessary transport of materials; over-processing of parts due to poor tool and product design; inventories greater than the bare minimum; excessive movement by employees during their work; and production of defective parts are all examples of waste.

Value stream mapping (VSM) is a two-stage tool that involves pencil and paper. First, trace a product’s production path from start to finish, drawing a visual depiction of each material and information flow process. Second, make a map of how value should move in the future. The map of the future state is the most significant.

Six Sigma Method-Flow: Flow is the continuous completion of tasks along the value stream, ensuring that a product moves from design to launch, order to delivery, and raw to finished materials in the hands of the customer with no delays, scrap, or backflows. 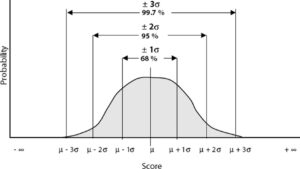 Quality function deployment (QFD) begins with a thorough examination and understanding of customer requirements. The initial stage is to record the customer’s agent (VOC), followed by creating a customer voice table (VOCT). Sales and technical trip reports, warranty claims, user support forums or helplines, and social media are all familiar places to look for information.

However, most organisations that adopted TQM (or CQI) by the mid-1990s had run out of “low hanging fruit.” The problems that needed attention didn’t lend themselves to simple data analysis and required more resources and time than what was considered reasonable participation in TQM (or CQI) process improvement initiatives. As a result, TQM (or CQI) projects could no longer deliver significant business returns, and organisational commitment to these initiatives waned.

Meanwhile, the Six Sigma management system grew and thrived, from its inception by Motorola in the mid-1980s to its publicly publicised adoption by GE in 1992 and subsequent adoption by a slew of other major firms. The Six Sigma technique appeared to be the natural next step. It addressed the shortcomings of TQM (or CQI) by adding financial results in measurements, employing more advanced data analysis tools, and employing project selection, evaluation, and related project management methodology and tools.

Six Sigma projects: are completed thanks to the project-driven organisational structure and the application of tools for project selection, evaluation, and management.

As a result, the Six Sigma management method is as follows: 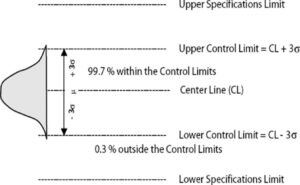 German mathematician Carl Friedrich Gauss (1777–1855). This pattern got discovered to apply to a wide range of physical and process features. As a result, it’s a common underlying assumption for measurements of various approaches.